By Zulkifli Musa in Latest Publication on November 2 2012.

The South China Sea has attracted considerable attention among politicians, journalists and scholars since it has become a contested maritime space. Most works concentrate on conflicts and negotiations to resolve the ensuing issues. In this paper a cultural theory will be applied to stress the importance of conceptions of space found in different cultures. The South China Sea is defined as “mediterranean”. By comparing it to other maritime spaces, like the Baltic and the Mediterranean Sea, lessons will be drawn from the “longue durée” of history, as analysed by French historian Fernand Braudel. 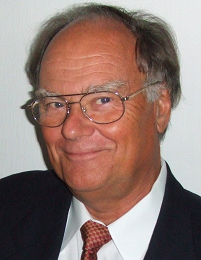 The Asia-Pacific Research Unit (APRU) of the School of Humanities, Universiti Sains Malaysia undertake to run a series whereby prominent scholars from the humanities and social sciences are invited to participate in a programme that primarily aim at enhancing the university in the international scholarly community.

The APRU Eminent Scholar Series possesses manifold objectives calculate to benefit the various non-science schools and institutes in particular and the university in general. The Series seek to bring into contact internationally renowned scholars to interact with the university’s community.

All are cordially welcome to this talk.