By Zulkifli Musa in Announcement on November 1 2012. 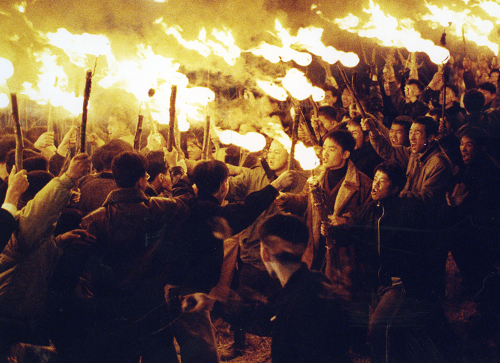 Organised by Centre of Korean Studies in collaboration with the Centre for Film and Screen Studies, School of Oriental and African Studies, University of London, United Kingdom.

From the 1980s New Wave of South Korean directors to the big budget spectaculars of the 2000s, South Korean cinema is attracting worldwide attention like never before. The past few years have also seen an exponential growth in the popularity of South Korean screen culture in Asia and beyond. The recent ‘Korean Wave’ (hallyu) of television dramas (soap operas), cinema and popular music has generated a remarkable amount of interest in Korea and its ‘culture.’ North Korea also has a long-established cinematic tradition and is a rare example of a country that has been ruled by a filmmaker. In the wake of  last year’s successful workshop on South Korean film, Years of Radical Change (1) held at SOAS, the Centre for Korean Studies in collaboration with the Centre for Film and Screen Studies will host a two-day conference that aims to examine critically some of the most important issues affecting Korean screen culture today; particularly cinema, television and music videos.

Papers on other forms of Korean popular culture will also be considered.

Proposals (for individual papers as well as panel proposals) should include the name, institutional affiliation, the title of the paper, an abstract of 400 words, and a 100-word biography of the author. Please send proposals by January 31st 2013 to Andrew David Jackson at radicalchange@soas.ac.uk.

For all enquiries, please contact Andrew David Jackson at radicalchange@soas.ac.uk.

Updated information will be posted on official webpage here.

Sponsored by the Academy for Korean Studies.