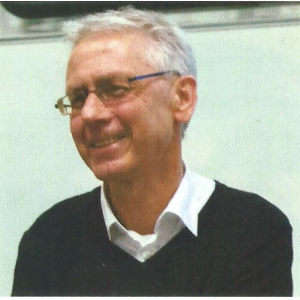 It is with great sadness for friends and colleagues in Asian Studies, and readers of the International Journal of Asia Pacific Studies (where Mario was an editorial board member), to hear of the recent passing of University of Amsterdam Professor Mario Rutten.

Mario was born in Maastricht on 31 October 1958. After spending his childhood and youth with his siblings in various towns and cities of the Netherlands due to his father’s employment, in 1984 he completed his MA degree in Sociology from Erasmus University Rotterdam, specialising in Organisation Sociology, Management and Comparative/Non-Western Sociology. He then moved to the University of Amsterdam where, under the guidance of renowned Asia scholar Professor Jan Breman, Mario completed his PhD degree in 1991 (with distinction) in the Social Sciences (Anthropology/Sociology) with a dissertation on “Capitalist Entrepreneurs and Economic Diversification: Social Profile of Large Farmers and Rural Industrialists in Central Gujarat, India.” His doctoral studies were funded by the Foundation for the Advancement of Tropical Research (WOTRO) of the Netherlands Organization for Scientific Research (NWO) and during his field studies in India he became an affiliated researcher at the Centre for Social Studies, Surat.

Between 1992 and 2000, Professor Rutten conducted postdoctoral research funded by the Royal Academy of Arts and Sciences in the Netherlands (KNAW). This project was a comparative study on agricultural and industrial entrepreneurs in the countryside of South and Southeast Asia, based on fieldwork in Gujarat (West India), Central Java (Indonesia) and Kedah State (North Malaysia). A number of important publications arose from this work including: Asian Capitalists in the European Mirror (1994), Amsterdam, VU University Press, Comparative Asian Studies 14; Farms and Factories; Social Profile of Large Farmers and Rural Industrialists in Central Gujarat, India (1995), New Delhi, Oxford University Press; Small Business Entrepreneurs in Asia and Europe; Towards a Comparative Perspective, with Carol Upadhya (eds.) (1997), Delhi, Sage Publications; and Rural Capitalists in Asia: A Comparative Analysis on India, Indonesia, and Malaysia (2003), London: RoutledgeCurzon. In addition, during this period a number of articles were also published in journals such as: Journal of Entrepreneurship; Kajian Malaysia (Journal of Malaysian Studies); Sojourn (Journal of Social Issues in Southeast Asia); Economic and Political Weekly; and Journal of Asian Business.

From the early 2000s Professor Rutten held various senior research and research management at, for instance, the Centre for Asian Studies, Amsterdam (CASA), at the Nordic Institute for Asian Studies (NIAS), and as the Head of the Amsterdam branch of the International Institute for Asian Studies (IIAS). In addition, in the year 2000 Mario was appointed lecturer, then in the same year an Associate Professor, Department of Sociology and Anthropology at the University of Amsterdam. After only a decade or so since his PhD completion, in 2002 Mario was appointed Professor in Comparative Sociology of Asia at the Department of Sociology and Anthropology at the University of Amsterdam. It was with great honour that the chair he was appointed to was the one held by his former PhD supervisor and then recently retired scholar, Professor Jan Breman.

Over the past 13 years Mario was involved in several projects including: Small-scale Enterprises and the Informal Sector in Times of Crisis in Indonesia (2001–2005); In Search of Middle Indonesia (2006–2011); Provincial Globalisation: The Impact of Reverse Transnational Flows in India’s Regional Towns (2010–2015); and Contingent Development in Regional India: Ethnographies of Neoliberal Globalization in Gujarat and West Bengal (2012–2014). In addition to this extensive project work, including numerous publications in English and Dutch as a result, Mario Rutten held various administrative and managerial posts. He was the founder and Head of the Amsterdam Branch Office of the International Institute for Asian Studies (IIAS) and founder-Director of the Platform ASiA (Asian Studies in Amsterdam) of the University of Amsterdam. He was also a Fellow of the Amsterdam Institute for Social Science Research (AISSR), University of Amsterdam. He was a member of various national and international committees related to Asian studies such as board member of the International Institute for Asian Studies (IIAS), chairman of the academic committee of the Royal Netherlands Institute of Southeast Asian and Caribbean Studies, and co-Chairman of the Joint Academic Committee India-Netherlands of ICSSR (Indian Council for Social Science Research) and NWO (National Dutch Scientific Council).

Down to-earth, level-headed, humorous and a “straight-shooter” were all common phrases one heard to describe Mario. Above all else, even though a senior professor he remained a dedicated and committed teacher and mentor to both undergraduate and graduate research students. He would always be keen to teach first year anthropology and Asian studies, take on PhD students with various Asian studies topics, and promote the study of Asia to the broader public both nationally and internationally. On this latter point, Mario was deeply engaged in ethnographic film-making and photography—his personal quest at bringing the complexity of lives of everyday lives into public view. One of his major research projects concerned the migration of the Indian diaspora and the film “Living Like a Common Man” documents, through observation and interviews, the everyday lives of Gujarati youth in London (see: https://sites.google.com/site/livinglikeacommonman/). With his brother, the photographer Huib Rutten, Mario produced a photo exhibition, and later book, entitled Globalisation as Mirror Image: Westernisation in India, Easternisation in the Netherlands. The photographs aim to show how westernisation in India and easternisation in the Netherlands are two sides of the same coin of globalisation. The photographs were displayed in exhibitions in Amsterdam (2008) and The Hague (2009), along with a large number of lectures in the Netherlands and India (see: http://www.provglo.org/photo-album/111). His last published book was a collection of observations and anecdotes about his various anthropological encounters, bringing a human-side to the everyday encounters with “ordinary” people he (and his family) researched, met and “encountered” over the years in various parts of the world (see: http://aissr.uva.nl/news/item/anthropological-encounters.html).

It was in early April 2015 that Mario heard some startling news about his health; he was diagnosed with oesophageal cancer (cancer of the gullet). It was so surprising as he was a generally healthy and fit person, but an acknowledged workaholic who did an enormous amount of work seven days a week. Perhaps it is this type of modern day, academic work culture that puts enormous stress on the body? Mario, ever the optimistic, put all his efforts in trying to recover but by late October, when I met him for the final time, it was not such great news—ominously the cancer had spread to his liver and the various medical treatments were not working. Just two months later, in the early morning of 26 December 2015, Professor Mario Rutten passed away. Mario is survived by his wife Rienke, and their two children—Daan and Lisa. He will be greatly missed, but never forgotten, by his many friends, colleagues and scholars in Europe and various parts of Asia including Malaysia, Indonesia and India.