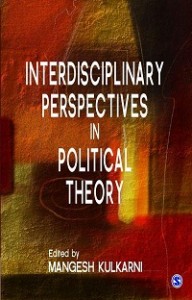 This book proves that political theory is not dead. It is neither static nor monotonous in providing perspectives on current political concerns. The downfall of Soviet Union has not been followed by perpetual peace and global prosperity as anticipated by many liberalists. Instead, the end of the Cold War brought a period of chaos, conflicts and wars. The 9/11 attack, war on Afghanistan, Iraq invasion, Islamophobia, civilian unrests in Egypt, Syria, Yemen, and NATO’s strike in Libya—among other things—illustrated this turbulent period. The book houses twelve essays that depict political theory reactions to this pandemic. The arguments put forward by scholars from various fields of social sciences and humanities are engaging, stimulating and thought-provoking. The scholars focus on critical theories (e.g., Marxism, Feminism, Post-Structuralism) rather than traditional or classical theories. Not only the book provides current and relevant theoretical debates, it also imparts an enriching discourse to address the scenario of the world. Hence, this book is an excellent reference source for researchers, students and anyone who wish to comprehend how and why things are the way they are via the lens of critical approaches.